Google Betrayed Me. I Lost 40% of My Traffic.

Google has betrayed me.

I have a site in the Outdoor Travel niche (called “the Site”) which recently got the stuffing taken out of it.

You can see the carnage yourself. This is a 14-day snapshot of the Site’s Google Search impressions and organic clicks. September 20th was my Black Tuesday.

Guys, this site is almost spotlessly white-hat. No backlink campaigns. No PPC traffic. No AI-written articles. No keyword stuffing. No slavish affiliate promotions. I’m a known authority in the field. I get emails almost daily from Readers saying how-much-they-enjoyed-the-site or can-I-please-help-them-with-this-question. This site is like the Mayberry equivalent of a blog.

So why did Google come after me with a haymaker punch?

What Hit Me? – And How Google Updates Affect Bloggers

I have to admit – this is the first Google update that has rattled my cage. In the past, Google updates have always been kind to me.

At first, I thought I had been hit by a Google Core Update.

A Core Update essentially means that Google is rooting about in the brain of its search engine algorithm and doesn’t want anyone to know what they’re doing.

If Google wants webmasters to change their behavior, they’ll usually name the update, like the July 2021 link spam update or the page experience update for desktop.

You can see a full list of all Google Search Rankings updates here.

My site got hit September 20th, which means one of two things happened:

Honestly, I am unsure which update to blame. The Site does not have hardly any “product reviews,” per say, although some informational posts are centered around a particular product or product group. And as you’ll see below, the hit affected the entire Site, not just a certain category of pages.

It’s important to note that I didn’t get penalized for anything. Google didn’t flag my site. I have no manual actions in the Search Console. There was no significant change in my Core Web Vitals. I lost rankings; I wasn’t penalized.

How Badly Did the Site Get Hit?

In case you weren’t counting, that’s a 37% drop in page views in just one week.

The Site isn’t a one-hit wonder. Sure, some pages are more popular, but views are fairly well distributed for such a small site (less than 125 posts).

As you can see in the two snapshots above, my page view percentages stayed relatively consistent from week-to-week.

What you can’t see in these snapshots are the page URLs themselves (sorry). But here’s what I’ll tell you:

While there was some minor shuffling in ratings, there were no leaps or crashes. Most of my Top 20 pages all stayed within the Top 20. No single page was to blame. The depression was site-wide.

How did this affect revenue?

So even though EPMV stayed more-or-less the same, revenue dropped by 34%, almost exactly the same as my page views.

So I wasn’t getting “better” or “more targeted” traffic. I was getting the same Readers – just less of them.

Google is maddeningly unhelpful about what to do if you get hit by a core update. The Developers team have a stock response which you can read here. Here’s what Google says:

“As explained, pages that drop after a core update don’t have anything wrong to fix. This said, we understand those who do less well after a core update change may still feel they need to do something. We suggest focusing on ensuring you’re offering the best content you can. That’s what our algorithms seek to reward.”

Obviously, if you see a major dip in your traffic, you should assess the overall health of your website.

Any of these structural problems should be addressed first.

But in my case, it seems Google simply thinks the content is less valuable than it was. Perhaps somebody else took my spot.

Or it thinks that the search engine was showing my content to people that didn’t actually want to read it – and that’s a hard pill to swallow.

Because the numbers aren’t bearing that out so far. My average Time on Page is over 5 minutes. That’s exceptional! (humble brag moment). People really read this stuff! But so far there’s no indication that Google curated my traffic. They just took it away.

How to Recover from a Google Core Update

So why I am sharing this story with you?

Well, here’s what I’m not doing.

Because unfortunately, getting treated unfairly is part of this game, and I knew that when I started. My ticket has been drawn.

At least half of my sites saw no effect from the September Google Core Update, so I don’t see a need to retreat to Square One.

For a few weeks, I might not do anything except chew on things. Because blogging is a tortoise’s race.

Consult with an Expert

In two weeks, I have a Site Audit meeting with an Ezoic Premium consultant, and I expect some useful feedback on site navigation and ad layout.

I’ll look for ways to demonstrate my E-A-T beyond a simple bio box and About Page.

I will also conduct a Site Content audit. The Site is now 19 months old, and it could use a refresh. I will check for broken links, interlink other posts, add new content, and perform basic on-page SEO. And as much as I hate keyword optimization, I will at least experiment with more targeted keyword phrases.

Lastly, I need to improve my Page Experience. The Site’s Core Web Vitals are consistently yellow, and I’d like to see some more green.

And of course, I need to look at my content with fresh eyes. Because if Google thinks I deserve 40% less traffic, then I’d better listen. I can’t just blame the robots. Because there’s probably some element of blogging that I’m not doing well and need to improve.

Should I Be Freaking Out Right Now?

If I was knowingly violating Google’s guidelines, I’d be freaking out right now. Because I can’t sustain a 40% drop in traffic any time Google’s software engineers update their code.

But in my heart of hearts, I know Google and I want the same thing: To please the Reader. Right now, Google and I have separated, but I’ll woo her back. I’ll build No. 1 Content.

As others have said, sometimes, the solution to blogging … is more blogging. 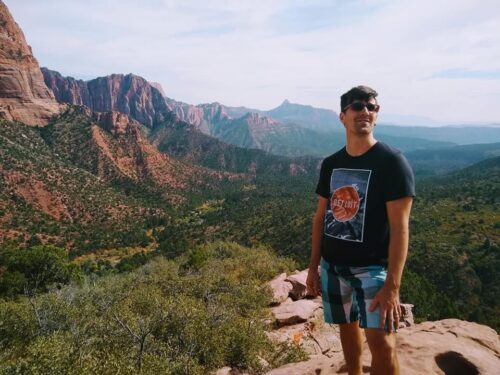 Why Your Amazon Affiliate Niche Site Has a Sad, Lonely Future

Why You CAN’T Start a WordPress Site in One Hour!